It’s themed around the Tarot deck - originally a medieval card game, now more commonly associated with divination and the occult. It’s made up of the minor arcana (on the face of it similar to a poker deck), and the more inspiring Major arcana: the latter contains a wealth of characters, from the fool to the high priestess, death to judgement. All have been given meanings over the years, and it is from this the performers draw inspiration and narrative.

The whole show is accompanied by live music from the talented band, playing through a wide range of styles and providing an excellent backdrop to the characters. Each new character or idea is drawn from one of the tarot deck. Delivery of each new card into the story is elegantly done, and the imagery is skilfully drawn into the circus acts, from the vivid mirroring of the hanged man to the subtler nods of strength and the fool.

To emphasise this mirroring and allow audience members less familiar with the deck to appreciate it, the band places a large copy of the relevant card into a frame - though this would have benefitted from being more visible and better lit, as it sometimes difficult to catch the name and see the details of the illustration picked out by the acts.

The wheel routine is well-designed for the limited space, but feels an odd choice of apparatus, given the confines of the location. The aerial work and balance on blocks, however, are perfectly suited, giving a clear view to the audience while showcasing the artists’ talents.

In between these acts, our comperé persuades audience members to come down for a tarot reading. I feel the show would benefit a definite decision as to whether they are playing to the comedic or the mysterious; as it is, lacking this direction, they tend to just hit awkward, despite the best efforts of the other performers in an accompanying floor routine. The decision to use the full deck also prioritises authenticity over entertainment; a little stacking towards the major arcana might have been justified, providing both a more interesting reading and more for the performers to work with.

This show seeks to combine the mysteries and motifs of the Tarot deck with a wide array of circus skills. While the concept is interesting, the practiced nature of circus routines requires a tightly planned show, yet the essence of a tarot reading is its unpredictability. On the night I attended, the two didn’t quite marry together - a disjunction made worse by some awkward indecision about the overall tone of the piece.

This review of a show at the Vault Festival 2020 was published on Saturday 22 February. 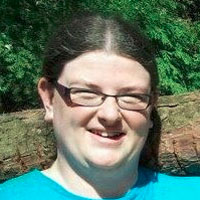