In their previous show, DROLL: The Humour of John Swabber, Owle Schreame gave us a celebration of the ridiculous form of performance that persevered through the theatre ban of the mid-17th century. Now, they turn their hand to the Mummer plays – a type of coarse winter folk plays that persisted from early medieval times through to the last century – and give them a shot in the arm, as we risk losing them from our collective memory.

The raucous atmosphere is in effect from the moment we enter the room, with the company handing out shots of sherry and a definite Morris-dancing vibe to the costumes. They get properly underway with a song, and then the Falstaffian master of ceremonies gives us a rundown on what to expect from a Mummers play.

The Mummers are pretty basic, and the plots, such as they are, don’t change much. A hero – maybe Saint or King George – is challenged by a rival; they fight, and there’s a death. The doctor is called for, he miraculously brings the dead back to life, then random other characters may come on and say their piece.

Traditionally there were thousands of variants of this: each village would have had its own. Owle Schreame take us through four examples, from different regions and different parts of the winter. The more northern the play the more sinister and edgy they become, and I particularly enjoyed the surreal nonsense of Tom Pinney in the Cotswolds example, as well as the appearance of a baby in the final northern Mummer.

Given their continual insistence on the coarseness of both the plays and the players, the company are perhaps a little too well-spoken – they are clearly not the drunken illiterate peasants history demands they should be. But they attack the performances with gusto, and make full use of the stage in the round, emerging from within the audience at times and appealing to the crowd for support. There is no small degree of skill in their ability to wave their staffs around without putting the audience in danger, and I liked the introduction of a couple of contemporary references, something which surely must also have happened all those centuries ago.

The Mummers plays virtually died out through the social changes of the twentieth century, and there is perhaps a little too much proselytising about how important it is that they aren’t lost – other than heritage or tradition, which are far from unique factors, no real reason is offered for their importance. I also would have liked to learn a bit more on their influence on other forms of theatre. As a Mummers novice, I thought I could espy traces in forms as diverse as pantomime, Morris dancing, and the rude mechanicals of A Midsummer Night’s Dream.

Still, for a joyous celebration of theatre at its most basic, you really couldn’t beat a night with the Mummers. It's a thoroughly entertaining evening. 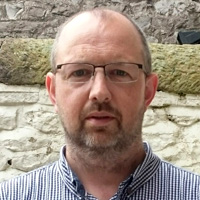