The play starts strongly. 80’s music sounds out, whilst Katherine Vince - sitting centre-stage, mobile phone in hand - scours the audience anxiously for her partner for the evening. Then George arrives, guitar in hand. And so the date begins…

There follows a series of scenes and musical numbers depicting the stages of a relationship, interspersed with recordings of people talking about what love means to them. We hear about their experiences of dating, being single, falling in love, lusting after another and being alone.

Vince and George Cheetham rub along nicely together, in an easy, laid-back kind of way, and they perform the original songs well. A real highlight was the tongue-in-cheek Why Can’t We All Be The Obamas?, a duet accompanying a backdrop of cheesy images of the said couple in various loved-up poses. I found myself wishing that more of the songs had been similarly amusing - though having said that, they did a great job with their arrangement of Marvin Gaye’s Sexual Healing.

The piece was filled with an assortment of multi-media devices, ranging from text messages to live hand-drawn pictures blown up on a giant screen. And some of us in the audience learnt some new dating terminology. I’d never have known that “ghosting” and “breadcrumbing” were such involved hazards of modern dating!

The interspersed recordings are a good idea (though admittedly not novel), and the interviewees’ words are clearly heartfelt. I for one could identify with some of the stories told. But the dramatic moves of both Vince and Cheetham were a touch too earnest for me, and sometimes too predictable in their response to the recorded words. In truth, I found some moments a little toe-curling.

I also felt some opportunities for humour were missed; after all, love is joyful as well as profound, and the balance here felt too serious and tentative for me. Though Vince and Cheetham are commendably committed to the concept, I yearned for them to lighten up a little. Both actors clearly have musical talents - but sadly, this “first date” didn’t quite spark for me.

This review of a show at the Vault Festival 2019 was published on Saturday 9 February. 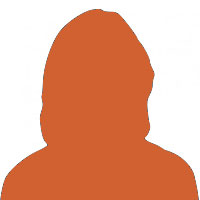